Cinnamon – shake on a little health

Home/Cinnamon – shake on a little health

Cinnamon – shake on a little health 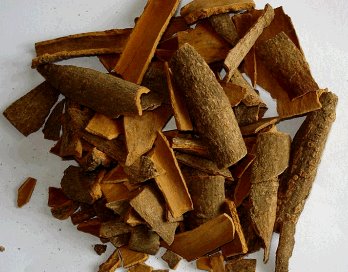 Cinnamon, a spice obtained from the inner bark of trees of the genus Cinnamomum. The very first cinnamon trees were found in Ceylon, Sri Lanka, and is also grown in Kerala, Sumatra, Java and Brazil. Cinnamon’s botanical name is derived from the Hebraic and Arabic term amomon, which means fragrant spice plant. During Ancient times, Egyptians used cinnamon in their embalming process.

Cinnamon is harvested by growing the tree for at least two years before cutting it down. After two years, the tree has a dozen shoots that form from its roots. The spice is harvested by scraping off the outer bark, then beating the branch evenly with a hammer to loosen the inner bark.

Cinnamon is deliciously versatile and is used in both sweet and savory dishes and delicacies. Beyond that, according to several researchers, this spice has been found to help improve blood glucose and cholesterol levels, especially in people with Type 2 diabetes.

Ayurvedic medicine – used as a remedy for diabetes, colds and indigestion.

Middle Eastern cuisine – used for flavouring savory dishes such as chicken and lamb.