I scream you scream we all scream for… modified milk

Home/I scream you scream we all scream for… modified milk

I scream you scream we all scream for… modified milk 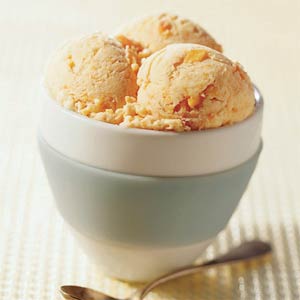 I was at the grocery store yesterday and I saw an ice cream container saying,”Now made with real cream.” Odd, I thought to myself. Isn’t ice cream made with cream and sugar? Is this something that needs to be specified now? After reading the ingredients, I noticed the words”modified milk ingredients” and decided I needed to do more research.

“Modified milk” is a term used to identify a variety of milk ingredients. It’s like the party mix of the milk world; it’s got a little bit of everything in it. Milk ingredients can come from any form of chemically modified milk source. What does that mean? Well simply put, things like calcium, fat, whey protein, casein, and several other milk components have been extracted to give it the taste of cream, but can’t actually be called cream. The result of the extraction process can either be in powder or paste form. Are you getting the chocolate sauce and maraschino cherries ready?

Milk is said to be the building block of most dairy products including ice cream, yogurt, butter and cheese. However, since milk basically undergoes so many changes throughout the processing stage of these products, it can no longer be called milk, and ice cream can no longer be called ice cream. And so we have, ladies and gentlemen, “modified milk ingredients”. I scream, you scream, we all scream for modified milk ingredients.

That being said, it would be safe to say that it’s almost impossible to find ice cream made with “real cream” in the supermarket these days, simply because most products now contain modified milk ingredients instead of real cream. If you look closely, most ice cream containers actually say “frozen dessert” instead of “ice cream.”

So this leads me to wonder what exactly are these “frozen desserts”?

Frozen Desserts are simply desserts created through a process of freezing liquid and semi-solid ingredients. Again, not much real milk or cream to be found anywhere. They are based either on flavored water, fruit purées, milk and cream, custard, or mousse. In Ireland and the UK, frozen desserts are commonly referred to as “ices.” In Canada, the term in used on products that have a similar taste and texture to ice cream.

In my next blog post, I’ll take a closer look at Modified Milk Ingredients. What are you REALLY eating?