Thanks to one of my readers for asking:

Do you have any suggestions to treat COPD and in an unconventional way?

Treat COPD with greens
I would describe COPD as an inflammatory disorder of the lungs. Inflammation needs to be dealt with at its origin, and begins with diet. I recommend adding a daily green drink to your diet. Green drinks are alkaline and provide a great deal of the minerals and vitamins that you need.

Greens are a great way to start your day – your body has been fasting all night and the usual breakfast choices like toast and cereal are high in sugar. Those refined sugars feed inflammation. But who wants to have salad for breakfast? That’s why I like to have my green drink in the morning. After starting your day with a green drink, try to limit your refined carbohydrates during the rest of the day, and strive to have salads and vegetables cover at least half of your plate at lunch and supper.

Look for a green powder that has grasses, sprouted grains and green vegetables. Make sure that it is organically grown. Additionally, N-acetylcysteine can be used as a mucolytic (“mucus-dissolving”) therapy. This ingredient dissolves excessive and/or thick mucus production.

Other supplements to decrease inflammation include:

Ginseng: The effect of ginseng on pulmonary function and exercise capacity was studied 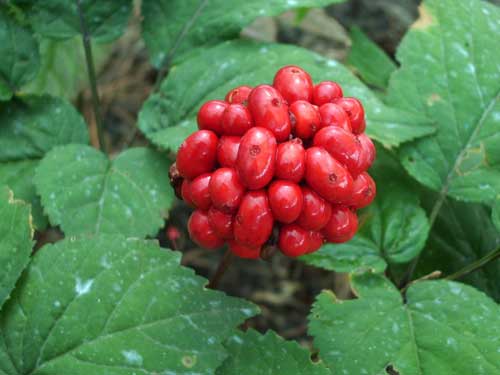 over 12 weeks. The study was randomized, blinded, placebo-controlled and involved 92 adults with COPD. The subjects had baseline lung function testing done, were clinically stable and were not currently smoking.

The subjects receiving 200 mg ginseng extract daily exhibited significant improvements in forced vital capacity, maximum inspiratory pressure, and maximum oxygen consumption during exercise. These changes are consistent with increased strength and endurance of respiratory muscles associated with the ginseng supplement. Adverse effects were not reported in this study, and ginseng is generally well-tolerated in usual doses. However, one caution for patients receiving warfarin is a potential interaction with ginseng due to induction of cytochrome P450 isoenzymes that may result in more rapid metabolism of warfarin, and subtherapeutic anticoagulation.2,3