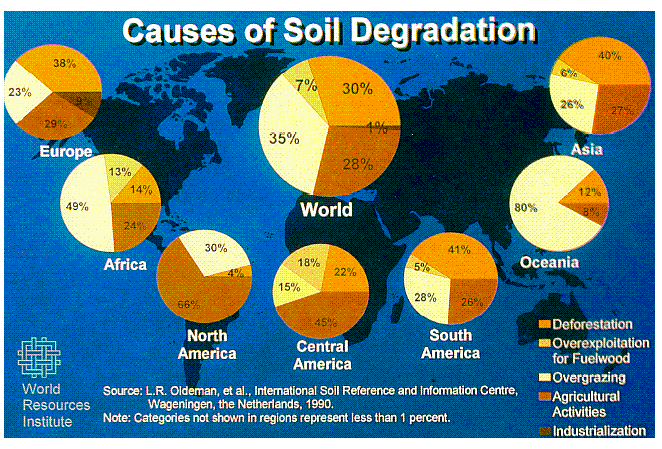 Soil is a natural body that consists of several layers of minerals that differ in texture, structure, consistency, and color; with various chemical, biological and other characteristics. It is known as the loose covering of find rock particles that covers the face of the earth. Soil is considered the end product of climate, organisms, parent materials (such as original minerals), and time.

Soil is mainly composed of broken particles which have been altered by chemical and mechanical processes that include weathering with associated erosion. In simple terms, soil is commonly considered “the earth” or “dirt.”

Soil plays an important role in the life support system of the planet. It provides crops with root anchorage, water and nutrients. The soil is home to a range of microorganisms that fix nitrogen and decompose organic matter, along with armies of small animals such as earthworms, termites and beetles.

Some Important Functions of Soil

The existence of soil is always threatened by degradation due to salinity, erosion, contamination, and other end products of soil mismanagement. About 17% of our land surface has already been badly degraded as a result of over-exploitation and excessive grazing. Inappropriate clearing techniques and unsuitable land use practices have resulted in severe nutrient declines, water and wind erosion, compaction and salinization. The affected land area is growing every year.

Such soil degradation leads to decreases in productivity and it has affected suitable lands that were taken into cultivation due to population pressure. Soil cultivation results in a decline in fertility. This means that part of the nutrients absorbed by plants is removed during harvesting.

Some Facts You Need to Know

2. As early as 1936, scientists began to recognize that the land    was lacking in micronutrients, causing over 99% of the Amer