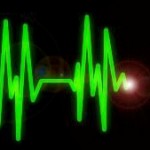 It has long been assumed that the addition of a single gram of polyunsaturated fatty acids to the diets of patients who have survived a recent myocardial infarction (heart attack) significantly improves their prognosis. The benefit is an approximate 10-15% reduction in deaths and non-fatal cardiovascular episodes.

Compared with the results obtained for polyunsaturated fatty acids, those related to 300 mg per day of Vitamin E (the other factor studied) failed to reach the level of statistical significance. Still, the data on mortality are highly suggestive of a possible beneficial effect, to be verified by ongoing trials. Interestingly, the evidence suggests that the combination of the two treatments does not add to the beneficial effect of polyunsaturated fatty acids alone.

These results were produced by the GISSI-Prevenzione (The Group for the Study of the Prevention of Myocardial Infarction) in Italy. This is a group of cardiology researchers who have been very much on the international scene for the past fifteen years. They have performed numerous large-scale trials which have added enormously to our understanding of heart attack and related cardiac events. Over the years, GISSI-Prevenzione has recruited over 11,000 patients from 172 cardiology departments, representing up to two-thirds of the Italian National Health Care System.

The results of the GISSI-Prevenzione trial confirm early reports on the preventive effect of a diet rich in fish, with n-3 PUFA (a polyunsaturated fatty acid) being the main active component. The findings have added to those of other much smaller controlled trials, which were not alone sufficient to measure the impact of the treatment on cardiovascular mortality. In the GISSI-Prevenzione studies, there has been a striking decrease (more than 40%) in fatal episodes classified as “sudden deaths;” these account for up to 30% of all cardiovascular deaths. There also seems to be an overall beneficial effect from Vitamin E.

One factor that highlights the importance of the GISSI-Prevenzione findings is the fact that the population studied already had the protection of things like antiplatelet drugs, beta-blockers, and ACE-inhibitors. These subjects also generally ate a Mediterranean diet, which has recently been confirmed to offer significant prevention against cardiovascular risks. 1

Based on the GISSI-Prevenzione estimates, up to 20 lives are expected to be saved per 1,000 patients treated with n-3 PUFA . This result compares favorably with benefits obtained with statins in the LIPID trial (only 5 lives per 1,000 patients per year). The suggested (but statistically unproven) benefit of Vitamin E for cardiac patients is definitely worthy of further study.