Does cell phone use increase your risk of brain cancer?

Home/Does cell phone use increase your risk of brain cancer?

Does cell phone use increase your risk of brain cancer? 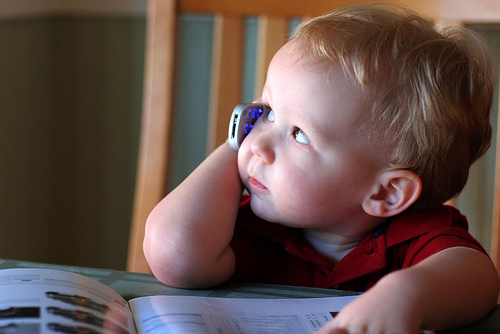 Cell phones have become an integral part of our daily lives. The International Telecommunication Union estimates that there are over 4.6 billion cell phone subscriptions worldwide. This has sparked a public health concern, and much debate about cell phones and whether or not they are a risk for brain cancer. Numerous studies have been conducted, yielding different results.

However, when RF energy interacts with the body, it causes tissue heating. Numerous studies have been done that show most of the heat produced is absorbed by the skin, leaving organs such as the brain at minimal risk to tissue heating. Handsets only transmit radio-requency waves when turned on. The World Health Organization also recommends using a hands-free device or text messaging which keeps the handset farther from the body and your more vulnerable organs.

Studies have also been conducted on cell phones and their relation to salivary gland tumors, non-Hodgkin’s lymphoma, and testicular cancer. Some studies point to an increased risk while others are inconclusive. Other studies show an actual decline in certain types of brain cancers. For example, in one study conducted in the United States, all demographic groups studied showed a decline in brain cancer except for the group of 20-29 year old females. This particular group showed an increase in frontal lobe cancers. Most hypotheses expect brain cancers to increase in the temporal or parietal lobe regions where the brain is closest to the ear (where a cell phone is held). The data collected in this study does not support claims that brain cancer is linked to cell phone usage.

Two other major studies have been conducted; the Interphone Study</a